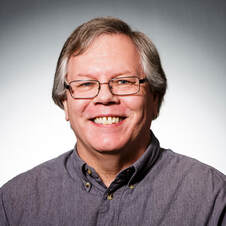 The Beta Phi Mu Award award is given in recognition of the achievement of a library school faculty member or another individual for distinguished service to education for librarianship. This annual award consists of $1,000 and a Citation of Achievement. Guidelines and application forms are available on the ALA web site.

2020 Recipient
CHICAGO — Dr. John M. Budd, professor emeritus of the School of Information Science and Learning Technologies, University of Missouri (SISLT), has been selected as the 2020 recipient of the American Library Association's Beta Phi Mu Award. This award is given in recognition of the achievement of a library school faculty member or another individual for distinguished service to education for librarianship. This annual award, which consists of $1,000 and a citation of achievement, is sponsored by the Beta Phi Mu International Library Science Honor Society.

Budd holds a Bachelor of Arts in English from Louisiana State University, Baton Rouge; a Master of Arts in English from University of Texas at Austin; a Master of Library Science from Louisiana State University, Baton Rouge and a Doctor of Philosophy from University of North Carolina at Chapel Hill. His extensive and influential publication record shows his contribution to librarianship and library education most acutely. It is clear that his writing has made an invaluable impact on our field. A word that many used about his work was that it was foundational to librarianship, forming a cornerstone in our educational practices.  One colleague characterized Budd’s work as “… foundational to any serious library science scholar…his work is, in fact, highly accessible and should be consumed by any reflective practitioner.”  Of his many publications, several were mentioned as being particularly influential. One professor assigns his book Knowledge and Knowing in Library and Information Science: A Philosophical Framework along with the article “An Epistemological Foundation for Library and Information Science,” in his upper division classes because these works are “seminal” and “fundamental to our field.” Budd’s ACRL publication The Changing Academic Library: Operations, Cultures, Environments is in its third edition. The book is widely used in LIS classes to teach about academic library operations, culture and environments. This work demonstrates his engagement in the practices of libraries and continues to influence them.

Budd was hailed by his colleagues as a leader in education for librarianship for decades. One of his former students reflected on a research methods class where “…we were taught how to think critically about how theory should inform practice, and vice versa.” They went on to say that Budd showed them …”what it meant to build a research project upon a theoretical framework.” Another colleague delighted in recounting how a current student found a “vexing theoretical-definitional problem solved…” by Dr. Budd’s scholarship. Throughout his career he used critical theory to work through the practices of librarianship. Dr. Budd challenged us “… to think philosophically and practically about librarianship and provides guidance for employing ethical discourse vital for … life in a democratic society.” As his nomination material elucidated, Budd published widely and authoritatively on issues related to libraries, democracy and information access. His more recent books,  Democracy, Economics, and the Public Good: Informational Failures and Potential and Six Issues Facing Libraries Today: Critical Perspectives , “… illustrate his ability to explain the crucial roles that libraries play in shaping and serving the public good. He is one of the senior scholars in our field who articulates both theoretical and practical directions for libraries and democratic values.”

One of Budd's colleagues found that his work with numerous graduate students and his mentorship as a dissertation advisor guided multiple generations of scholars in librarianship who continue to contribute to the field. It was remarked that “…the ripple effects of more mindful, contextually grounded service/educational practices espoused by our best new hires, and knowing that they are following his lead and/or those trained/informed by John’s work. His scholarship has made librarians – and therefore library practices – better.”  His former students characterize him as “a caring and dedicated teacher”, as well as “a gifted educator who deeply enjoys engaging in academic discourse and interacting with students.” Many mention that he has been a mentor, a role model and guide through library conferences.  One former student reflected that “…[m]any of his doctoral students are now faculty themselves, continuing Dr. Budd's tradition….” His time as a reference and collections librarian in higher education influenced him as an educator and was of enormous value in guiding the direction of his teaching and writing.

In addition to his scholarship, Budd served the profession by carrying out the duties as president-elect, president and past president of the Association of Library and Information Science Education (ALISE). He has co-chaired the annual Conference Planning Committee and is the parliamentarian for ALISE. He was chosen as the co-editor of ALISE’s Journal of Library and Information Science Education after impressing the search committee with ideas about how to “… enhance the value of the journal to LIS educators.”  He has also served on a Presidential Task Force for library education, many ALA committees, as well as his committee work on the LAMA statistics section, Library Research Round Tables, among others. Budd has also been very involved in Beta Phi Mu. He was inducted into the honorary fraternity himself as a master’s student. He has served as vice-president/president-elect, president, and past president of the fraternity. He also was the faculty advisor for the University of Missouri Beta Phi Mu Chapter for 20 years and a member of the Beta Phi Mu Monograph Series Editorial Board and authored a monograph in the series.

At the University of Missouri he served as the associate director of the School of Information Science and Learning Technologies (SISLT) and coordinated the Library Science program there for seven years. In his role as a professor and as associate director he helped shape the curriculum at Missouri. He was instrumental in moving a doctoral program through the administrative hurdles necessary to establish a program that would provide excellent faculty to other LIS programs. As an educator he promoted an interdisciplinary approach and developed courses on important concerns facing the profession, including "Ethics and Information" and "Complexities of the Information Society." He is the recipient of two large, long-term grants from the Institute of Museum and Library Services (IMLS), focused on educating pre-professionals: "Educating Future Educators" (2004-2007) and "Preparing Tomorrow's Academic Library Managers" (2007-2010).

Overall, as one colleague observed, Budd’s career shows “…a model of integration of scholarship, practice, service and leadership that has brought a rounded, thoroughgoing approach to LIS education that has clearly percolated through the students he has trained – and the students they are training.” Given his leadership in our professional organizations, his extensive contributions to the literature and his dedication to countless students he has instructed and mentored we are pleased to have Budd join the ranks of the many distinguished honorees of the Beta Phi Mu Award.

​Congratulations, Dr. Budd!
​
Read the full ALA press release here.​
​See the list of past recipients of the Beta Phi Mu Award.